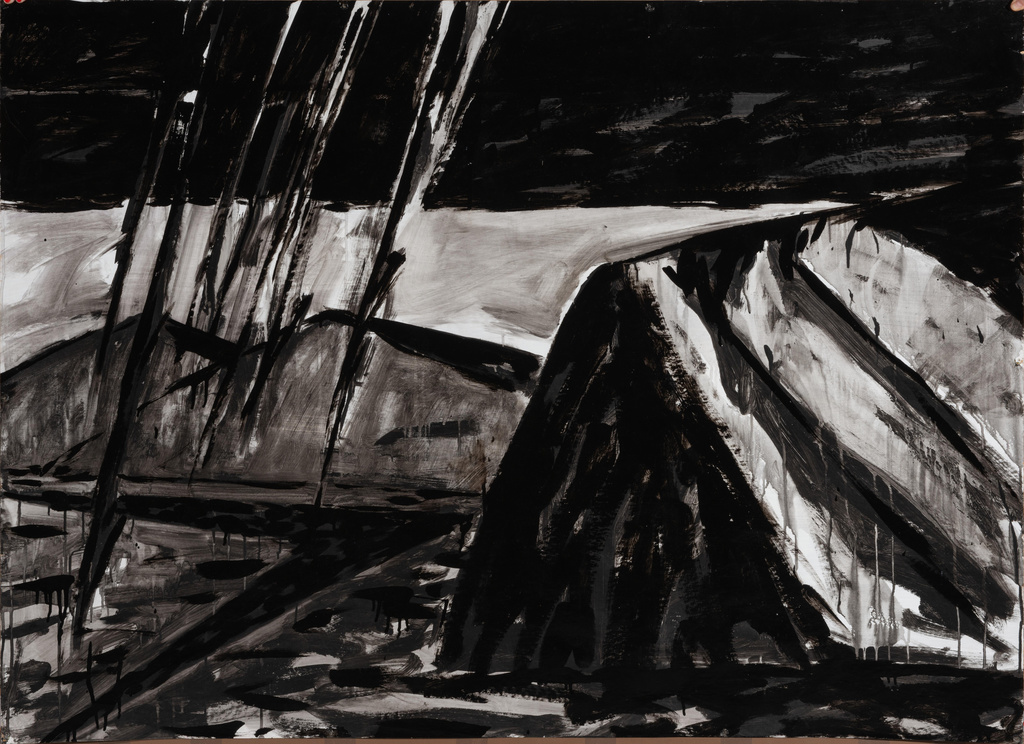 1984, acrylic and enamel on Kraft paper

This work is part of Mandy Martin’s 1984 series created in the development of the exhibition Australian Visions exhibited at the Solomon R Guggenheim Museum, New York in 1984. This series of works were partly developed in her residency at the Institute of Modern Art in Brisbane. In their big warehouse space on the edge of the inner city, colour was removed altogether in a series of large uncompromising black paintings on heavy brown tar paper. Martin called these works ‘drawings’, to indicate their relationship to the dense canvases that followed from them. In the resource-rich state of Queensland, the vast mine sites which changed the ancient landscapes of inland Australia forever, weighed heavily on her mind.

One of the most significant points in her career came in May 1984 when she was selected by Diane Waldman, Deputy Director of the Solomon R. Guggenheim Museum in New York, to participate in a major exhibition of Australian artists that would open in November of that year. In this exhibition ‘Australian Visions’, she exhibited many works in this series including the major work Red Break 1984.

Architect Romaldo Giurgola, who had just won the competition to design the new Parliament House of Australia, was then living in New York and saw Martin’s work on display in the famous winding circular gallery space of the Guggenheim. He was convinced that she should be given a major commission for this new building in Canberra; this project was to take Martin into a new chapter of art making.