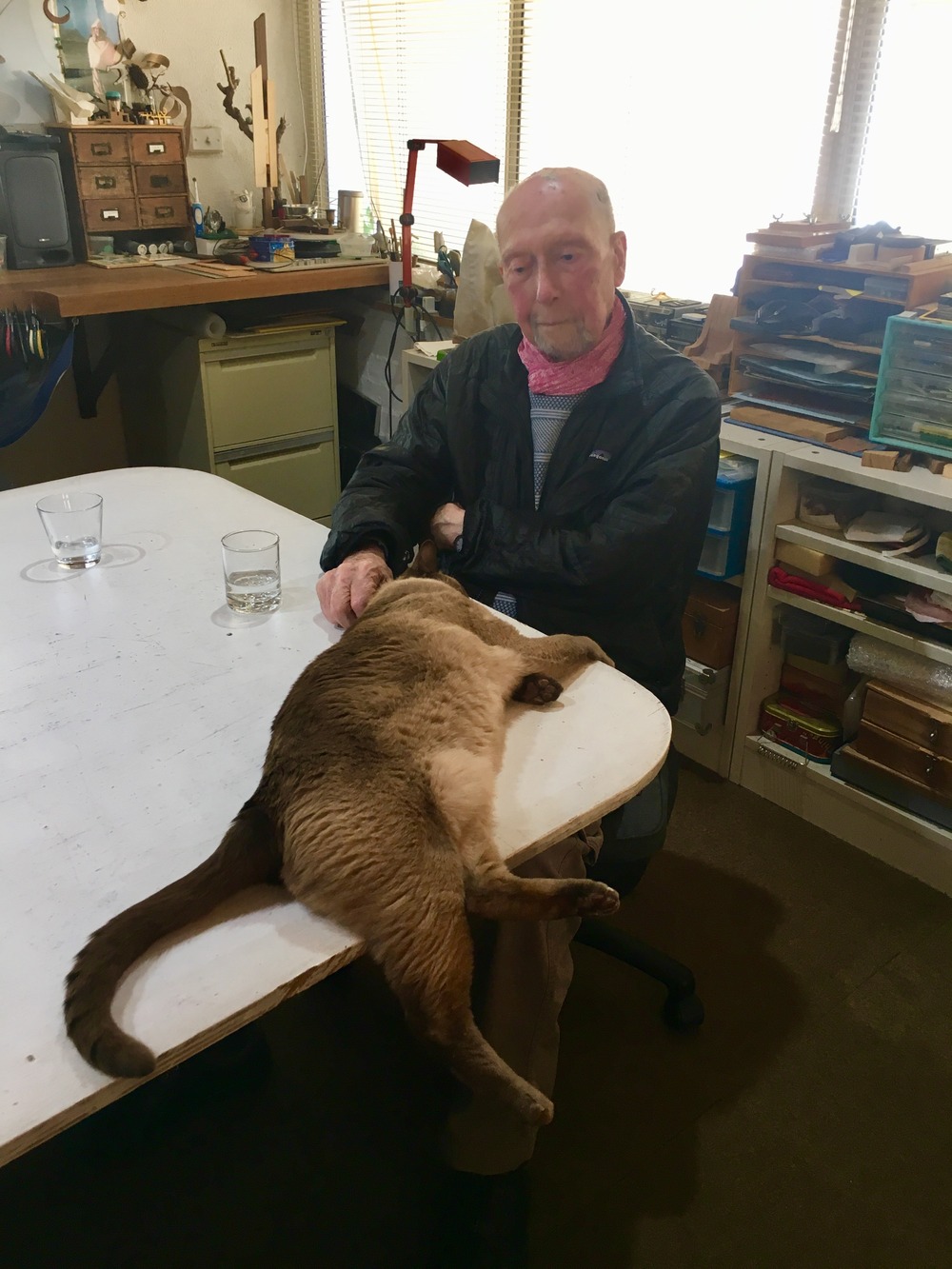 With the passing of Enrico Taglietti, Canberra has lost one of its greatest contributors to the creative life and urban form of our city.  The Board and staff of the Cultural Facilities Corporation, which manages the Canberra Museum and Gallery (CMAG), would like to convey their deepest sympathy to his family.  As Senior Curator Visual Art, CMAG, I am honoured to provide this tribute.

I think it is clear now that Enrico Taglietti was the most distinctive and original architect living and working in Canberra from the mid-century period. This sounds like a big call, but the legendary Arthur Drexler, Head of the Department of Architecture and Design at MoMA in New York, must have thought so too. In 1979, he selected Taglietti, as the only resident Australian architect to be included in the seminal survey exhibition, Transformations in Modern Architecture, that showcased the new wave of design that challenged the strict Modernist functionalist credos that had held sway for two generations.

Enrico came to Canberra initially in 1955, at the request of the Italian Government just to scout a location for a new Embassy. He recalled, in a public conversation at the Embassy last year, that the Australian Government was anxious that many foreign delegations were reluctant to set up and build new Embassy buildings in what was then a virtual sheep paddock. Foreign governments were quietly under pressure to do so or lose formal diplomatic recognition. So it was that after completing his project to curate an exhibition of the latest in Italian Design for the David Jones Gallery in Sydney, Enrico and his wife Franca, drove down to the fledgling capital. Instead of feeling dismayed in finding little here, he recalled quickly grasping a sense of the huge opportunity Canberra offered him as a young architect. Here was a place unconstrained by an existing built form and, unlike his home town of Milan, where approvals might be achingly slow, this was a place that needed things built quickly. So, from 1956 he stayed and made his professional life here, raising his family and building his practice.

One of the things that Enrico has said in an interview, is that architecture should be full of wonder – and indeed his was for impressionable young people like me who grew up in Canberra, and who could immediately see that there was something different going on in his buildings. These unusual aesthetics and geometries might be experienced on a trip to a local library, church, health centre or if you were lucky, daily to your primary school.

For me, the regular encounter was at the Centre Cinema in Civic. I clearly recall the dramatic timber cantilevered parapets that were so different from the steel and masonry everywhere else, but especially the experience of going inside and the descent down into the darkness of the theatre itself and the way these disruptions of space acted like a prelude to the cinematic wonders shown on the screen. CMAG is very fortunate he donated the original model of this building and that of the now demolished 1961 Town House Motel and Restaurant to our collection. He was a great friend to this institution and most recently visited in March for the opening of the Marion Hall Best exhibition where he caught up with one of his earliest domestic clients from 1961.

For the many buildings that he did design he also, like many architects, had propositions which were unrealised and to see them, visit his website and take a dip into his ‘Dreams’ to imagine more of what might have been in Canberra. His most recent work was a small jewel of a sculpture displayed at the exhibition honouring his impact on local makers at Craft ACT in November last year.  Facetted with internal stairways and passages, it sat upon a podium of cut and constructed blackwood – one of the many unique Australian timbers that formed part of the lexicon of his work.  In naming the work ‘Trasparenza’, transparent in his native Italian language, Taglietti invited us to see the infinite possibilities of internal space and to navigate this ancient land lightly and with respect – just as he has done over his whole career in this, his much-loved adopted home.