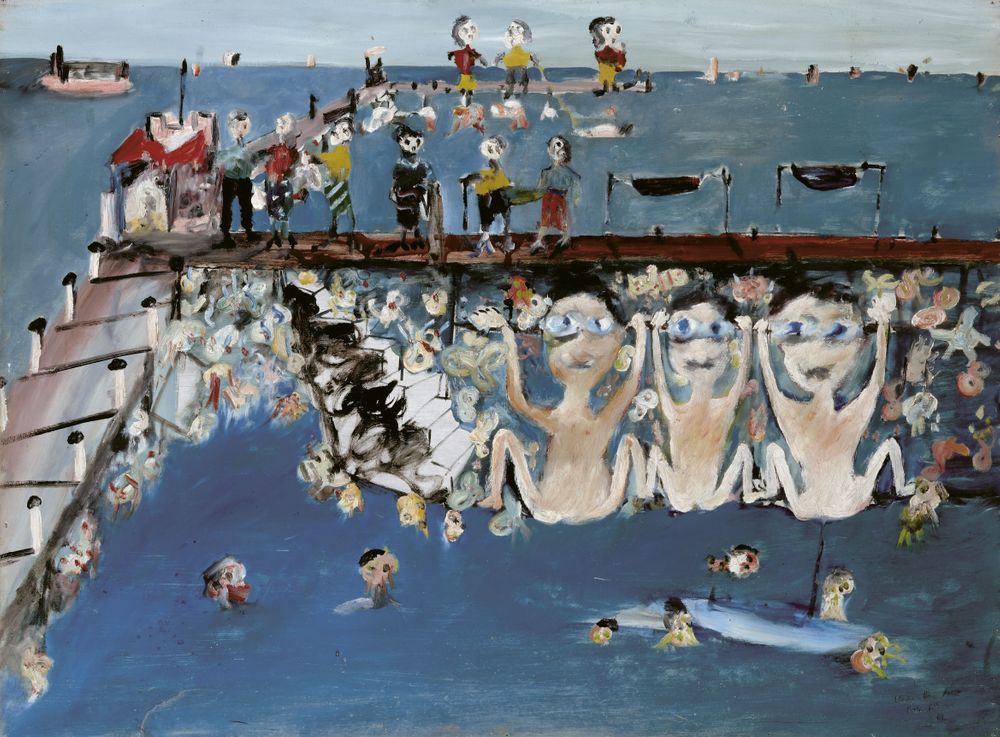 For Sidney Nolan, his boyhood home of the Melbourne bayside suburb of St Kilda was ‘My kitsch heaven’.

The memory of childhood experiences at the beach and out along the pier, cadging rides at Luna Park and absorbing all the free-wheeling possibilities of a community that didn’t quite follow the stricter conventions of the city, fuelled one of his most significant early series of paintings. When the onset of World War II dashed his plans to travel to Paris and become part of the European art world, Nolan was forced to look to immediate and familiar surroundings of Australia.

Stationed out in the wheat belt he painted both the wide landscapes that were around him but, using vivid colour and quick expressive strokes, he re-imagined the otherworldly fantastical landscapes of the Ferris wheel, the roller coaster and the pier by the sparkling sea. In this first of a series of displays within the Nolan Gallery that seek to tell a focused story, two key works from the Foundation Collection are joined for the first time by four earlier St Kilda paintings from Heide Museum of Modern Art.

In an extraordinary twist of historical fate, the Merry Go Round that Sidney Nolan rode on as a child in St Kilda is now located nearby in Civic and has become a much-loved Canberra icon.

In celebration of the exhibition,  Queenie, one of the two elephants from the Civic Merry-go-round has taken up temporary residence in the CMAG foyer and visitors are welcome to climb into her basket and to also take a close look at her paintings and decorations which so inspired Sidney Nolan. The Merry Go Round itself was designed and built in 1915 for the enormous sum of £7,000 and its steam powered mechanism was the first of its type made in Australia. It was commissioned by German showman Anton Weinger and constructed by Herbert Thompson who was the first successful manufacturer of motor vehicles in Australia and was located at the St Kilda esplanade until 1973 when it was purchased by the ACT Government and after extensive restoration work, relocated to Civic. Queenie appears courtesy of ACT Property Group.

Combine a visit to the gallery with a ride on this beautifully preserved carousel when it reopens on 28 September to experience the same thrill and delight that shaped Sidney Nolan’s creative imagination. The writer Max Harris recalled weekend visits to St Kilda with his friend Nolan in the early 1940s.

In the midst of this world of black marketeers, struggling reffos, and stolid citizenry were the garish beauties of Luna Park, the desolate child at the end of a lane and the burst and spatter of Saturday night lights and laughter. It was peculiarly and secretly Nolan’s very own world and I was the tourist. It was not difficult to discover what Nolan found down at St Kilda. It was of course himself.

Extract from Art and Australia September 1967.

Families with children can enjoy the exhibition Sidney Nolan’s St Kilda: Memory and Modernism by accessing a Children’s Trail on CMAG’s Instagram Stories via your own device. Alternatively, click here to view the Children’s Trail.

You can share your creative responses with us @canberramuseumandgallery #SidneyNolan. 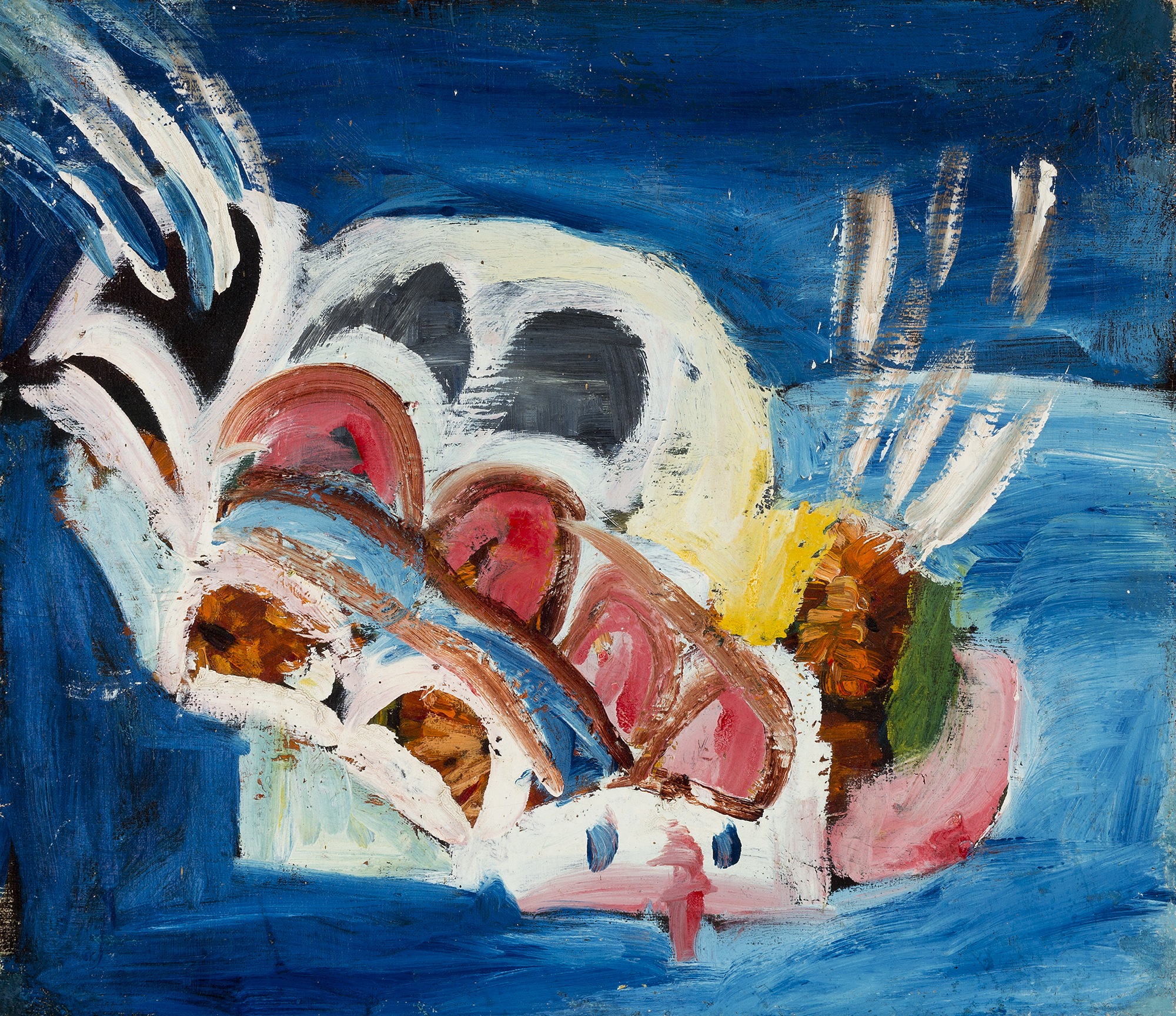 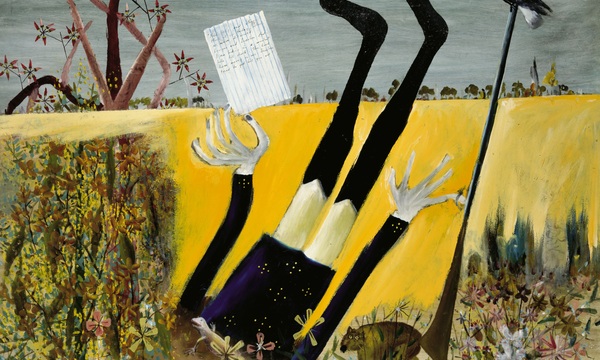 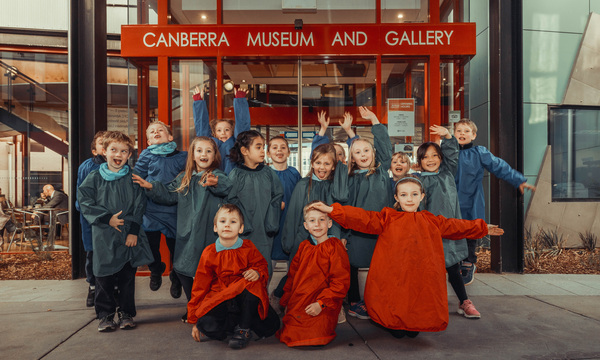