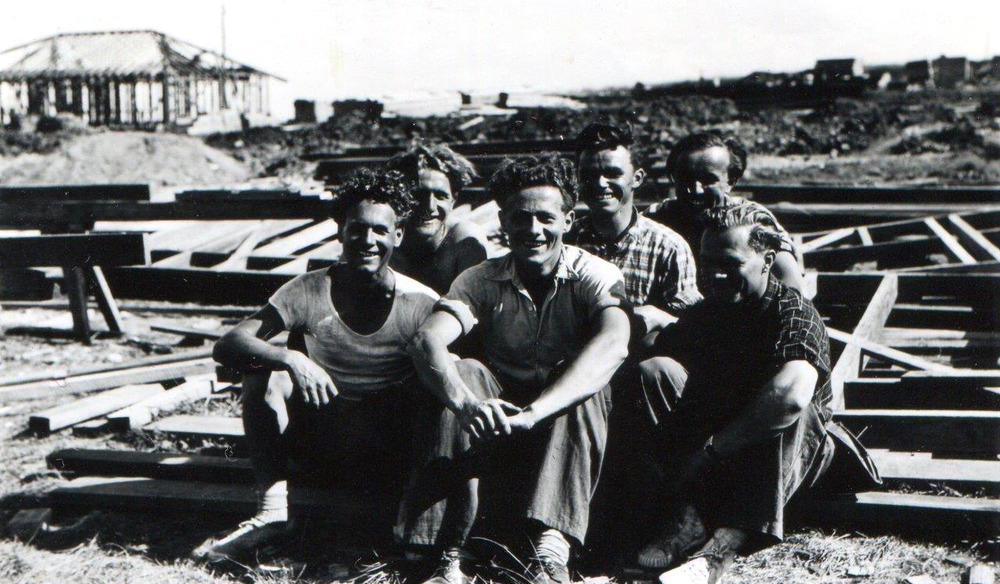 The fingerprints of the ‘Jennings Germans’ are all over Canberra – but who were they?

This exhibition explores the lives and legacy of the 150 German carpenters who came to Canberra in the early 1950s to build 1850 homes for construction company AV Jennings. After travelling halfway around the world, these young men began to build not only houses, but also a life for themselves. Brick by brick and friendship by friendship, they altered the physical and cultural landscape of the young capital and left a legacy that has lasted generations.