The flag that flutters

As we help visitors to navigate our city we Canberrans habitually begin by pointing out the flag that flies above Australian Parliament House. It usually sets us straight directionally, but it also has a broader role.

The act of raising a flag can be the statement of an ambition. It can often signal an ambition to formalise the relationship between individuals and the land in which the flag is planted. This is the ambition to govern the ways in which one may draw a livelihood or conduct a business, pass through, take up residence, or continue to reside on that land, subject to the law and the values which the flag represents.

While flags have become ubiquitous the world over, they are a relatively recent phenomenon in Australia. The Dutch orange-white-blue tricolour appeared offshore in the 1600s and the red ensign or more familiar Union Jack ofthe British Empire in the 1700s; but the familiar Southern Cross-Union Jack combo of our modern Australian National Flag is just over 100 years old.

The 80 plus square metres of billowing polyester cotton which has flown over Australian Parliament House and the Canberra region now for 30 years mirrors a similar, though much smaller, flag which once flew near Kurrajong Hill (now Capital Hill) on Canberra’s naming day in 1913.

But the raising of a flag is only one way to express ambition for the land we occupy. The many hundred interlinked Aboriginal nations of this continent, through their distinct territories, cultures and laws, speak to us convincingly of a more nuanced and sustainable occupation of this landscape. A form of occupation discovered through listening attentively to the land for over 60,000 years.

As Ngambri Elder, Aunty Matilda House, tells us Capital Hill over which the flag of Parliament House now flies has been known for its, ‘…grass trees all along… [and is] a site for white ochre, which is still significant for women’s ceremonies’.

The construction of Australian Parliament House, which opens out of Capital Hill beneath the largest Australian flag our region has ever known, was a singularly new and symbolic project for our nation, and a sincere attempt to respond to the unique nature of Canberra’s landscape.

It was an insightful decision of the design team of Mitchell/Giurgola & Thorp Architects to incorporate appropriately commissioned works of art and design into the fabric of the original building and its surrounds. Their ambition to have these commissions draw on both Aboriginal and non-Aboriginal traditions and artists was inspired.

The way this ambition was achieved and has been enhanced over time reveals much about the increasing respect and curiosity that non-Aboriginal Australians feel for Aboriginal peoples’ experience, including the experience of this shared landscape. 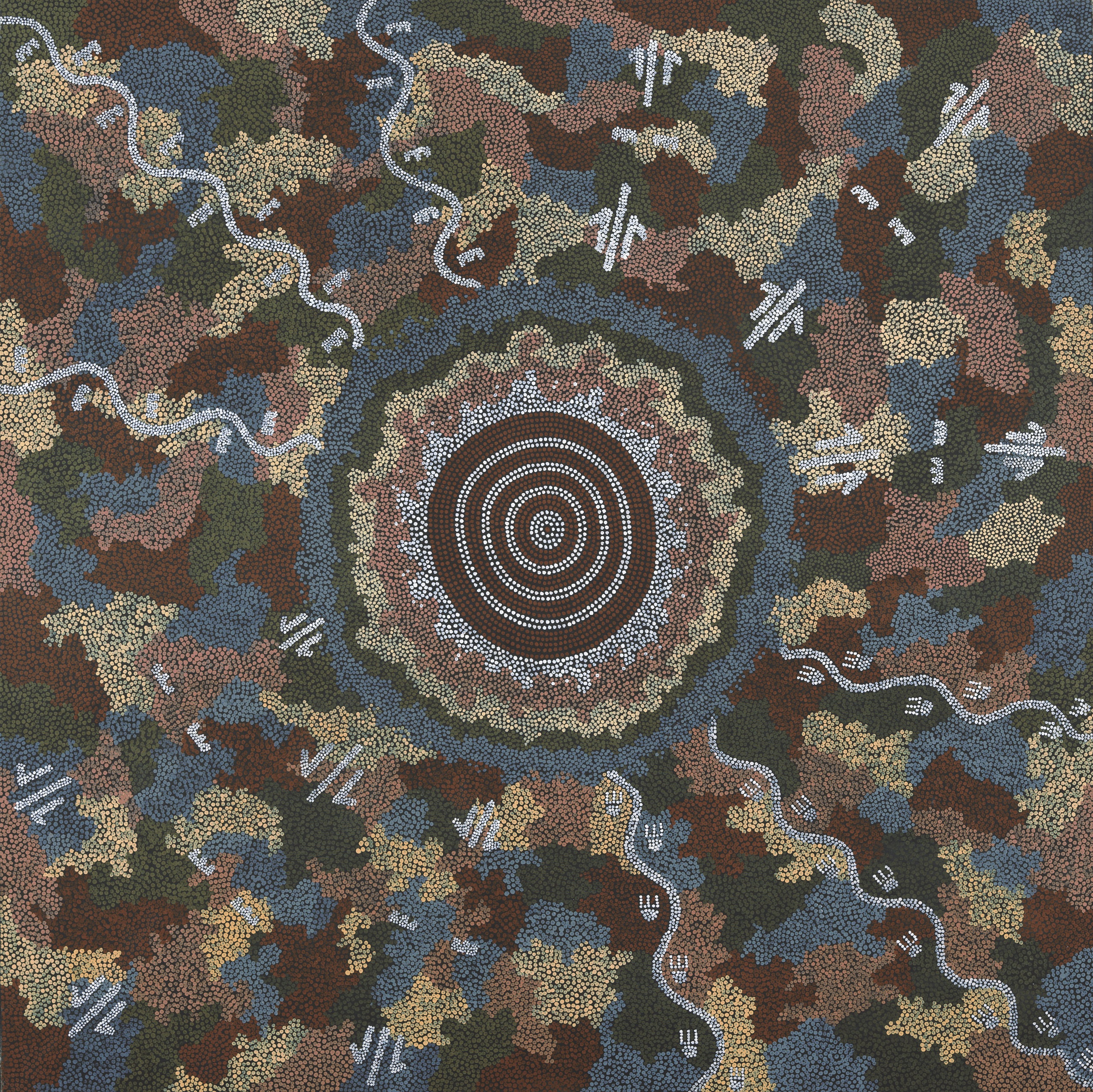 Crafting the house on the hill: art, design and the building of Australian Parliament House is an exhibition in Canberra’s regional museum and gallery that coincides with the 30th anniversary of the opening of our house on the hill.

The exhibition tells the stories of some of the major art and design commissions, and it provides an insight into the scale and the sensitivity of the architects’ vision for the building, and the creative and technical processes through which this vision was realised.

The exhibition curator, Canberra Museum and Gallery (CMAG) Assistant Director Mark Bayly, has presented this narrative in a compelling exhibition which includes material that has never been seen outside Australian Parliament House before, and much of which is being exhibited publicly for the first time.

This exhibition is the product of a three-way partnership between Australian Parliament House, the National Archives of Australia and CMAG. I thank each of CMAG’s partners for their unfailing commitment to see the exhibition’s ambitious vision realised, and for providing support to their professional staff so that they could apply themselves to the unique challenges it has presented.

I encourage you to gaze deeply into the inspiring stories of nation and region that this exhibition offers and to look through the eyes of the artists, designers and architects whose ambition and insight has been so beautifully combined to craft our ‘house on the hill’.

Crafting the House on the Hill: art, design and the building of Australian Parliament House is on display at Canberra Museum and Gallery from Saturday 7 July to 4 November 2018.

The quote from Aunty Matilda House is from a statement displayed in the exhibtion ‘Welcome Space’ National Museum of Australia, visited by the author in June 2018.